Situated along the shores of Tenmile Lake, about 1 mile inland from the Pacific Ocean on U.S. Highway 101, aptly named Lakeside, Oregon, is surrounded by an abundance of natural recreational opportunities. Pacific Ocean beaches, the sand dunes of the Oregon Dunes National Recreation Area, three lakes with more than 3,000 square feet of surface area, several creeks and vast stretches of pine forest, including the well-known Elliott State Forest, are the highlights here. The City of Lakeside itself is small, only 2.29 square miles with a population of only 1,700, but it provides the necessary conveniences to support its visitor population, including several restaurants, a hardware store, a market, a cannabis dispensary, RV parks, campgrounds, motels, vacation rentals and friendly and welcoming locals.

The Lakeside area’s natural beauty was discovered by Hollywood’s rich and famous in the 1940s, and it soon became known as a retreat for movie stars and singers. That distinction may have faded, but the city is still very much a draw for people seeking refuge, relaxation and recreation in the great outdoors.

Things to Do in Lakeside, Oregon

Lakeside, Oregon, is an outdoor recreational wonderland. The three nearby lakes are perfect for watersports like boating, waterskiing, swimming, fishing, sailing, kayaking and canoeing. Keep in mind that Eel Lake has a speed limit of 10 mph, so if you’re power boating and waterskiing, stick to Tenmile Lake. Hiking through pine forest among old-growth trees, streams and waterfalls is a popular activity as is the trek along John Dellenback Dunes Trail, a 2.7-mile long trail across open sand dunes to the beach. Lakeside is also the gateway to the Oregon Dunes National Recreation Area, which is open to motorized off-highway vehicles. Walking along lake and ocean beaches and even whale watching are also popular activities around Lakeside, Oregon.

Lakeside is best known for its location along Tenmile Lake and Tenmile Creek, which flows from the lake to the ocean. Tenmile is part of a chain of lakes along the South Oregon Coast that are popular sites for year-round freshwater fishing, including kayak fishing and fly fishing. Catches include largemouth bass, steelhead, black crappie, yellow perch, rainbow trout and more. Tenmile Lake is a premier largemouth bass fishery and as such is well suited for hosting bass fishing tournaments. Expert anglers have been known to catch up to 50 2- to 5-pound largemouth bass in one day. Marinas, boat ramps, guide services and boat rentals are available. Crabbing and clamming are also popular activities in this area.

Where to Stay in Lakeside, Oregon

Whether you’re in town for fishing and boating on Tenmile Lake, hiking to waterfalls through the forest or off-roading on the dunes, Lakeside can provide a place to rest your head. Vacation rentals and cottages, including lakefront homes, are popular, with some being boat-in only. A small lodge is available for simple motel accommodations, and RV parks, tent camping and yurts are popular with those who prefer being close to the great outdoors.

Lakeside hosts a variety of events throughout the year, with most falling between late spring and the holiday season. The Crawdad Festival on Mother’s Day weekend, the Independence Day celebration at Wulfy Beach, DuneFest in July, the Columbia Drag Boat Association’s annual Drag Boat Race on Tenmile Lake in August and the Community tree lighting on the first weekend in December are just a few of the popular festivals. Thanks to excellent fishing in the local lakes, fishing tournaments are common in Lakeside.

How do I get to Lakeside, Oregon?

If you’re flying in via major airline, Lakeside is about 220 miles southwest of Portland International Airport. The drive from there is easy: take Interstate 5 south through Salem and Eugene, then cut to the west on Oregon Highway 38. Lakeside Municipal Airport is a public grass airstrip within walking distance of downtown; camping is permitted at the airport. Lakeside is situated along U.S. Highway 101, which easily connects it to the other towns along the Oregon coast. The town is 17 miles north of Coos Bay and 19 miles south of Reedsport.

Where can I drive on the dunes?

This activity is very popular and takes place at Oregon Dunes National Recreation Area, part of the Siuslaw National Forest, near Lakeside. The 40-mile, 31,500-acre stretch of desert-like dunes interspersed with forest is an outdoor playground where off-road adventure awaits. Off-highway vehicles (OHV) are permitted in some areas. Other activities include hiking, paddling, wildlife watching and camping.

What is the best place to hike near Lakeside?

There are many places to hike, but one of the most popular places is the John Dellenbeck Trail, a 4-mile trek through the forest and open dunescape to the Pacific Ocean. The trail is in the Siuslaw National Forest, and the trailhead is off U.S Highway 101 near Lakeside.

Are all the beaches in Oregon public?

Yes, thanks to the Oregon Beach Bill of 1967, all the state’s beaches are open to the public.

Where can I sleep in a yurt?

What is the weather in Lakeside, Oregon?

Lakeside, in Coos County, Oregon, has precipitation about 157 days of the year, accumulating about 69 inches of rain a year. Snow is very rare. Temperatures are moderate; in winter they rarely dip below 39 degrees, and at the peak of summer the high is around 67 degrees.

What is the history of Lakeside, Oregon?

Prior to 1874 all the land surrounding the lakes belonged to the group currently known as Tribes of the Coos, lower Umpqua and Siuslaw Indians. Trappers and loggers began to settle the area in the late 1800s and early 1900s, bringing in a railway. When the Oregon Coast Highway opened in 1930, the area was discovered by more visitors, and by the 1940s Lakeside was known as a retreat for Hollywood’s rich and famous. The town was originally incorporated in1924, dis-incorporated in 1942 and reincorporated in 1973. Today Lakeside, Oregon, is home to about 1,700 residents. 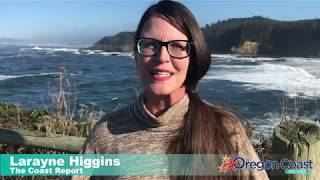